When we talk about luxury watches, the Rolex brand is almost always mentioned. Currently, this brand is the most recognized and most sold in the realm of expensive watches.

The price of a Rolex starts at around 5000 dollars for the cheaper new Rolex models, so it is therefore not suitable for all budgets. Despite this, the brand produces and sells almost a million watches every year just in the sector of new production models, in addition to used models.

The most expensive Rolex currently on the market is the model Rolex GMT Master II Ice with reference 116769TBR. The cost is 450,000 dollars.

It should be noted that this model is considered the most expensive among the Rolexes currently in production and is therefore only accessible to wealthy customers, such as Cristiano Ronaldo, who recently wore it on his wrist at a sporting event.

The price comes from its unique features such as:

If we talk about the most expensive Rolex watches ever, we will discover that this model is not even in the top 10, given that models such as the Rolex Daytona Paul Newman have been auctioned for exorbitant amounts – as we will see in the rest of this article.

As we have mentioned, a distinction must be made between the Rolex models currently in production from those now out of production. The Rolex GMT Master II Ice to date is the most expensive model in the Rolex catalog in production, excluding the models requested with customized precious stones by special customers.

Over time, however, special models have been created that, in auction, have reached millions of dollars due to their history, their buyer or their exclusivity.

Today we are going to look at some of these models and see numerous surprises, but let’s start immediately with the first most expensive Rolex ever: 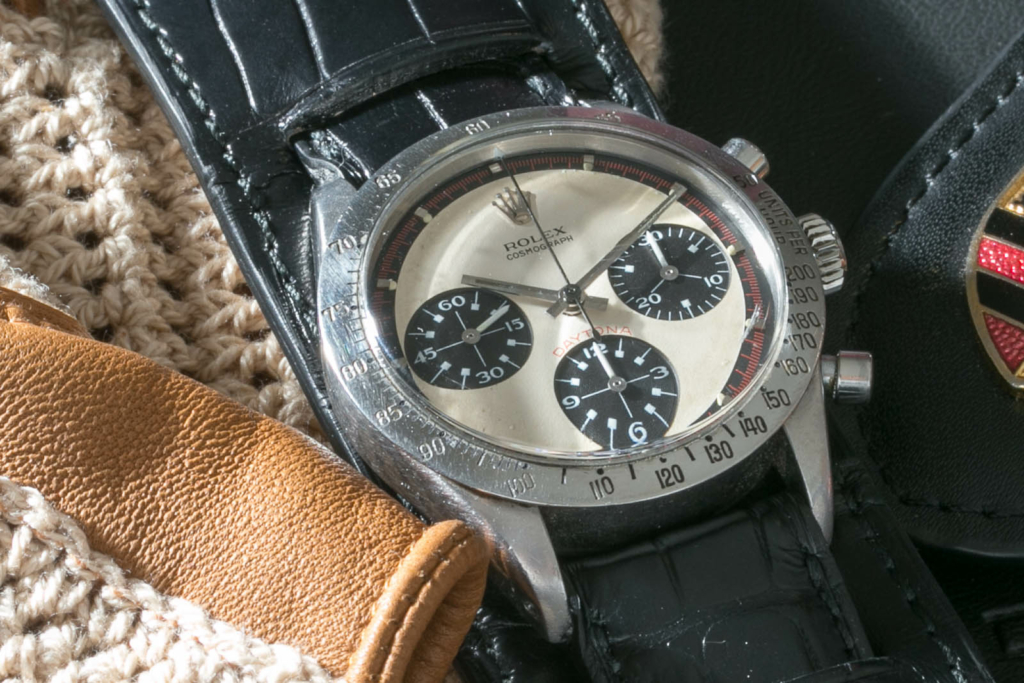 The Rolex Daytona Paul Newman is in effect a “normal” Rolex that has acquired exclusivity due to its wearer, Paul Newman, a true Hollywood star.

It was given to him by his wife on his birthday with the words “Drive Carefully, Me”, as Paul Newman was a fan of motor racing.

A few years ago, to be precise in 2017, it was auctioned and sold by a buyer for the astronomical sum of 17.8 million US dollars. Today it is considered the most expensive Rolex ever. 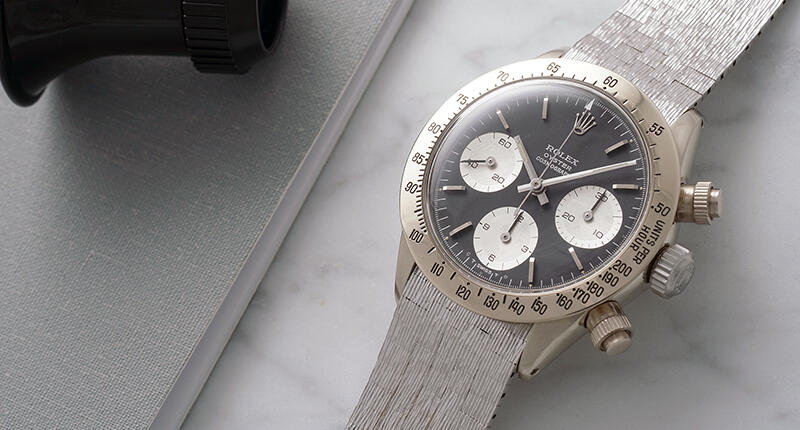 Another Rolex among the most expensive ever, we are talking about the Rolex Daytona 626 Unicorn, a 1970 watch made special by the material from which the case was made, namely white gold, a feature that makes it distinguishable from all other Daytonas produced, and being the only white gold example.

Its cost is 5.9 million dollars, a figure reached at an auction in which Auro Montanari managed to win it. 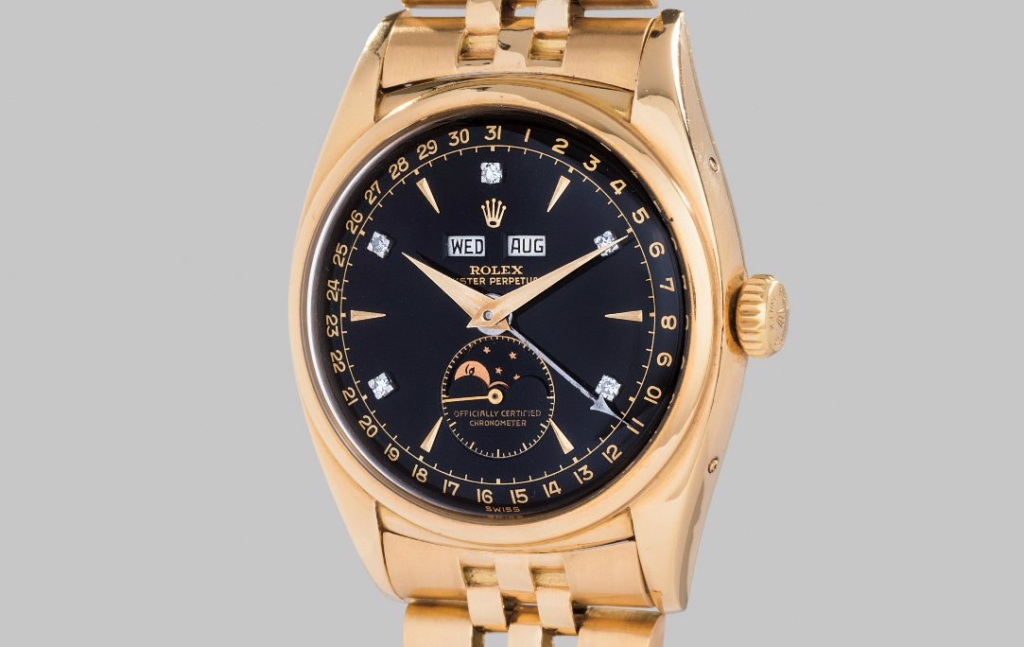 The Rolex Bao Dai is a distinctive watch, both in terms of design and its owner history. In fact, this model was sold to the last Nguyen dynasty emperor in Vietnam in 1954.

In 2017, it sold at auction for approximately $5.1 million, making it the third most expensive Rolex ever.

Only 3 were produced, and only one of these was also characterized by the presence of diamonds as hour markers, which can be seen on this model. 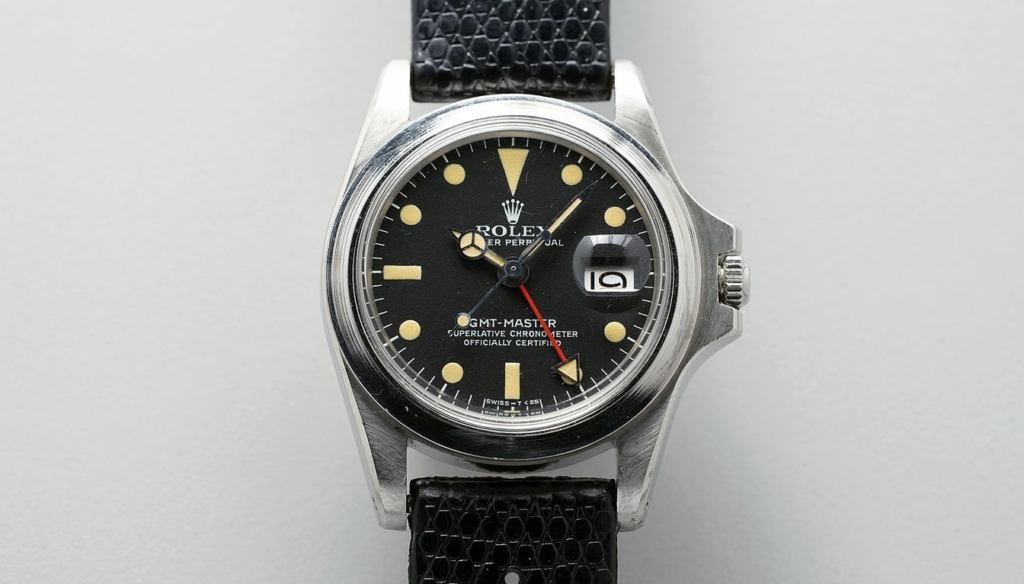 If you have seen one of the greatest films of all time, “Apocalypse Now”, and you are a watch enthusiast, you will certainly not have missed the Rolex GMT reference 1675, worn on the wrist of Marlon Brando.

Over time, the reputation of Marlon Brando has increased the value and prestige of this model, which in a 2019 auction was auctioned for as much as 1.952 million dollars.

Although it is a basic model, it is characterized by a special feature – in fact, this watch does not have a bezel, despite the model being produced with one.

This was a request from the director of the film, Francis Ford Coppola, and made it distinguishable from the rest of the models, making it in effect a unique Rolex watch. 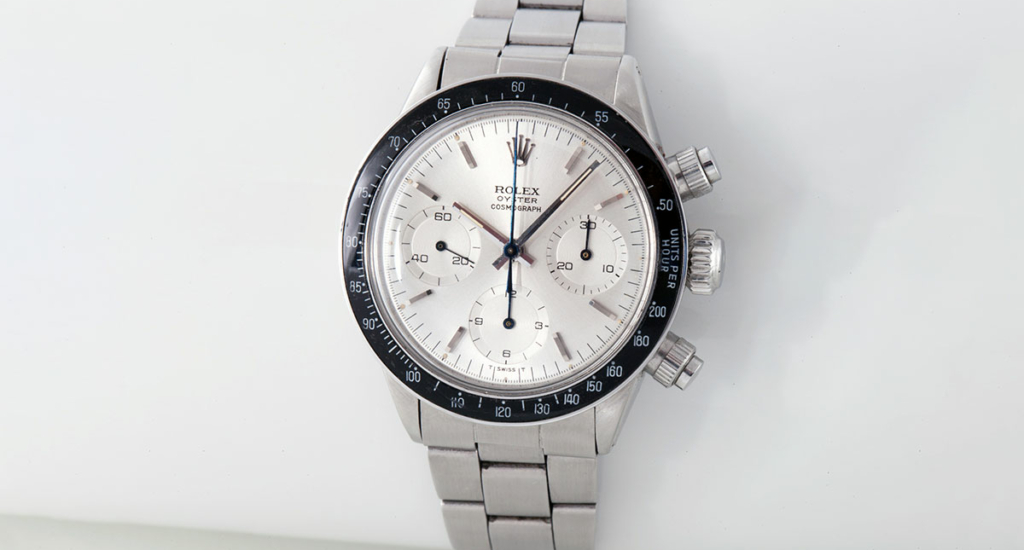 The Rolex Oyster Albino of Eric Clapton, in addition to being a watch that has been worn by an important personality like Eric Clapton, is also considered unique, as only four of this model were ever produced.

The name Albino derives from the color of the case and the dial of the same color, a feature not present in the standard models.

This brought its selling price to a whopping $1.4 million at a Phillips auction in Geneva in 2015. 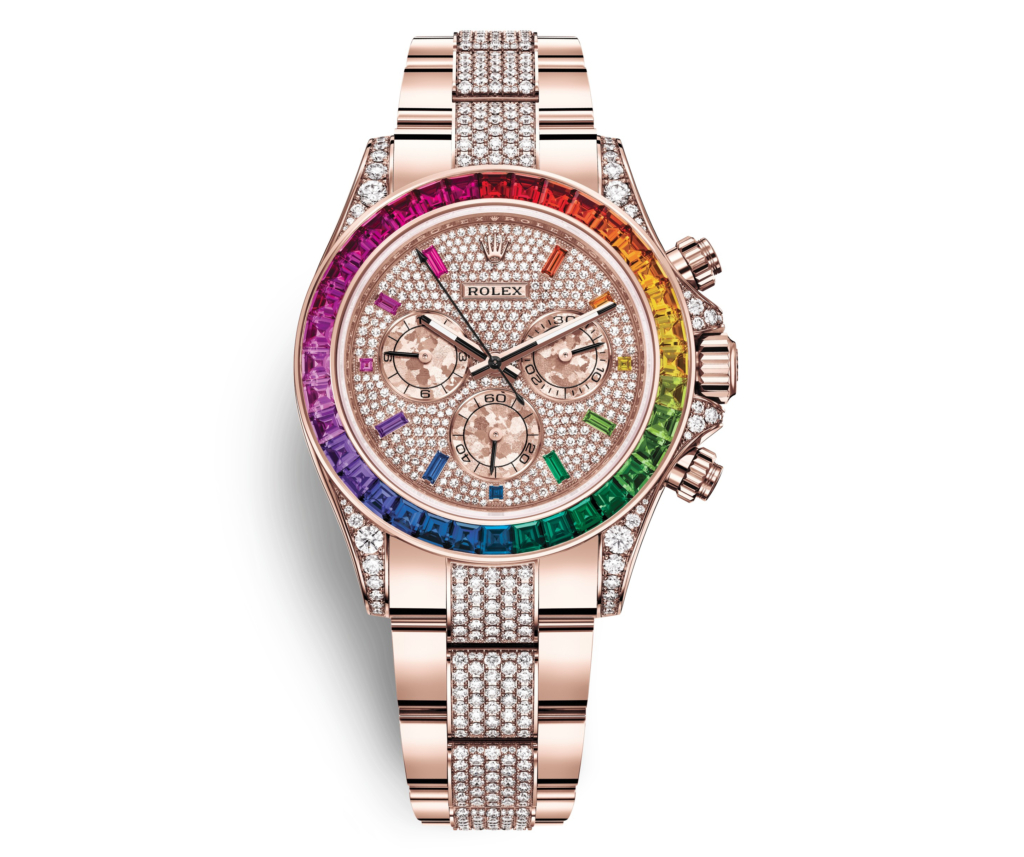 This model is very recent and a watch still on sale. Its full name is specifically Rolex Daytona Rainbow 116595RBOW, and the name is inspired by its most evident aesthetic characteristic, namely the presence of diamonds on the bezel that form a rainbow color.

In addition to this, the model is entirely covered with precious stones, both on the dial and on the case strap.

Its list price is around 120,000 dollars, even if over time its price has increased dramatically. In fact, on the secondary market, currently for immediate purchase, around 450,000 dollars is required. 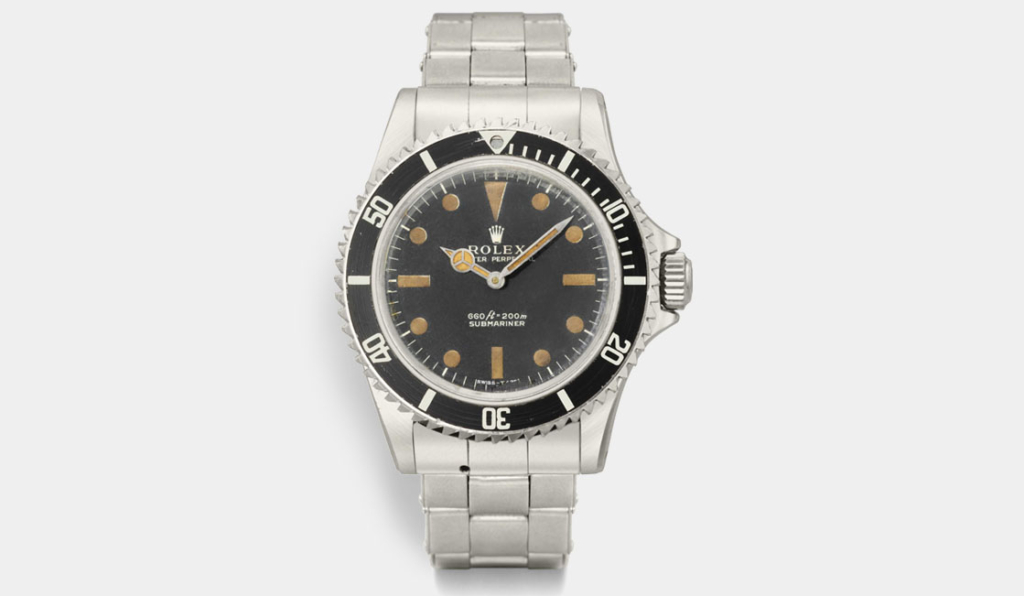 In one of 007’s most famous films, “Live and Let Die”, the agent wears a particularly advanced Rolex Submariner on his wrist, used to perform various actions.

An example is the carved bezel used in the film to cut a rope. This makes it aesthetically different from the models of that era, which, combined with the success of the film, led to this watch being put up for auction, where it subsequently ended with a sale of 365,000 dollars.

We are therefore talking about one of the most expensive Rolexes in history, and in the future, it will most likely increase its value even more.

One of the most common features is the presence of diamonds set on the case, strap and dial.

Prices therefore vary, according to the value and carat of each diamond set, an example being the Rolex Platinum Diamond Pearlmaster model, a limited edition model sold at auction for $266,850.

From the Rolex models currently in production, such as the Rolex Oyster Perpetual Datejust Pearlmaster 34mm with reference 81405RBR-0001, it costs around 150,000 dollars.

If you have come this far, you will surely have understood that the most expensive Rolex models are many, and even more will be sold over time at increasingly higher prices. Many are distinguishable because of their owner, others for their rarity, but all have a cost in common. They are so high that over time, it has made them extremely successful investments. It is no coincidence that the world of investments in high-end watches is emerging more and more.

If you are interested in buying a Rolex model with a price that can revalue over time, you can contact us for more information using the following contact form.

If instead, you want to mention other expensive Rolex models or want to express your opinion, you can do so through the comments section below.